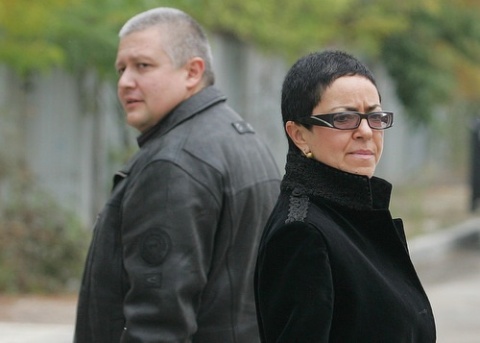 The Editor-in-Chief of Bulgaria's controversial Galeria weekly, whose office was hit by a blast, has stated her firm opinion that the explosion was a political, not a criminal act.

"I am absolutely sure that the blast aimed to intimidate Galeria. I believe this is a political act. I do not think that some actor or singer would be upset about something we wrote. We are the most critical newspaper towards the government,"Patrashkova said in a TV interview.

She rejected the idea that the government has placed the explosion in the office of Galeria weekly at Sofia's Tsarigradsko Shosse. She said, however, that certain powerful people may have had an interest in the blast.

"I am not saying that the government ordered the blast, but it certainly aimed our intimidation. I do not want to blame specific people. I will only say that the newspaper is extremely critical to the interior ministry and Interior Minister Tsvetan Tsvetanov," Patrashkova said.

She reminded of previous conflicts between Galeria weekly and the interior ministry, when reporters were detained because they wanted to take pictures of Tsvetanov's villa.

She stated that no one would want to put an explosive in the office of a publishing house like Milenium, which publishes books, as the initial information was.

The blast occurred shortly after 5:30 am Thursday in front of the door of the office of Galeria weekly.

There are no injured people. The guard of the building managed to hide behind a door and survived the blast.

Windows of the building and nearby buildings were also reported broken.

The police believed the explosive was homemade.

In January, Galeria weekly and the marginal conservative party RZS ("Order, Law, Justice"), both of which are deemed to be connected with Alexei Petrov, a former undercover agent arrested in a special police operation in February 2010, dubbed "the Octopus" and "the Tractor".