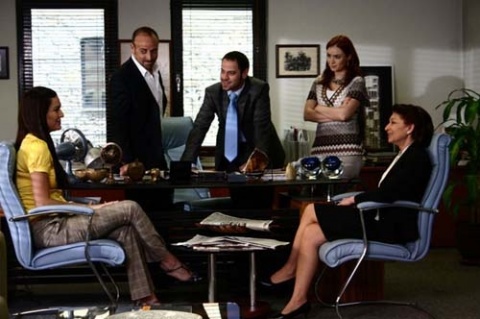 Bulgaria ranks second in the world in terms in the number of Turkish TV soap operas that it purchased.

The Bulgarian National Radio reported that a total of 27 Turkish soap operas have been bought by Bulgaria, including Binbir Gece, Yaprak Dokumu, Dudaktan Kalbe and Gumus, which had a very high rating at the time of their airing.

According to Abdurrahman ?elik, Turkey's Copyrights and Cinema Director General, the TV series that are aired abroad have enabled foreigners to get acquainted with Turkey's people, their lifestyle and traditions.

"In the last years, state institutions realized this, decided to support this sector and they achieved great results," he said.

So far, Turkey has sold 70 soap operas to 39 countries on the Balkans, the Caucasus region and the Middle East.

Kazakhstan has bought the biggest number of Turkish TV series – 42, followed by Bulgaria with 27, Azerbaijan with 23, Macedonia with 17, and Greece with 8.

However, Romania and Bosnia and Herzegovina have not shown interest in Turkish soap operas.

According to representatives of the TV sector, the prices of the Turkish series have increased. One episode can cost from USD 500 to USD 20,000, depending on the title, year of production, etc. In the beginning they cost between USD 30-50.

The sale of TV series abroad has also affected positively the tourism in Turkey. Branch representatives have stated that they see an increase of foreign tourists to the country. Agencies have also started to offer attractive tours to the sets of the soap operas, which could also include meeting the cast.