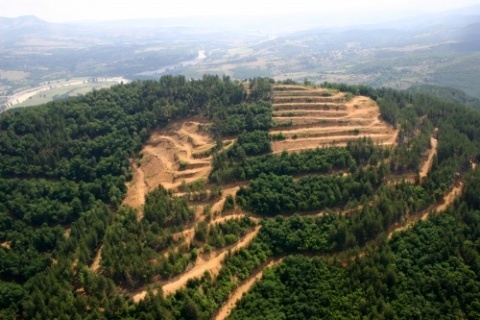 The Bulgarian cabinet gave on a 30-year concession the gold mine near the town of Krumovgrad to the Toronto-based mining company Dundee Precious Metals.

The final decision to offer the concession to "Balkan Minerals and Mining," a subsidiary of Dundee, was made during the Wednesday meeting of the Council of Ministers.

The project to extract gold from the Krumovgrad mine suffered many setbacks and underwent a number of court battles.

The Company's operating interests include its 100% ownership of Chelopech Mining EAD, its principal asset being the Chelopech mine, a gold, copper, silver concentrates producer located east of Sofia, Bulgaria, a 100% ownership of Namibia Custom Smelters (Pty) Ltd., a concentrate processing facility located in Tsumeb, Namibia, and a 100% interest in Deno Gold Mining Company CJSC, its principal asset being the Kapan mine, a gold, copper, zinc, silver concentrates producer located in southern Armenia.

DPM's interests also include a 100% interest in the Krumovgrad development stage gold property located in south eastern Bulgaria, near the town of Krumovgrad and certain exploration and exploitation properties in Serbia.