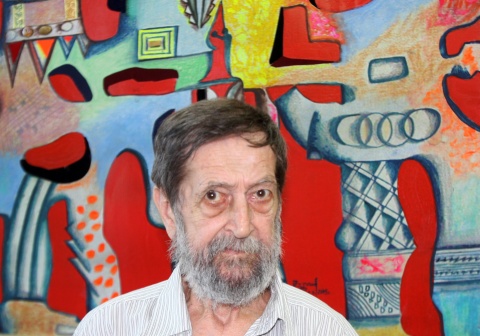 The nine paintings by Bulgaria's renowned painter Zlatyu Boyadzhiev have probably been stolen by someone close to the family, according to the police's main version.

On Monday, it was announced that the theft occurred in the period January 31 – February 5 when Boyadzhiev son's house, where the paintings have been stored, was empty.

According to the police in the city of Plovdiv, the thieves have known the house very well because they have entered the house through the second floor balcony.

"It is very possible that the thief is someone close to the family. Otherwise, they would not have known how to enter this room exactly," said Zlatin Boyadzhiev, the painter's grandson, who reported the theft.

He added that the paintings have been taken off the walls and were stolen randomly. They included portraits and landscapes. They have been displayed at exhibitions, but were never for sale and so they had not been evaluated.

Even though at first Boyadzhiev declared that nine paintings were missing, now the family believes that maybe they were more.

The police have rejected the version that a foreign connoisseur has ordered the theft.

"Bulgarian classics are not popular in other parts of the world and no one could get more than a third of their price abroad," said Dimitar Indzhov, a Bulgarian collector and evaluator of artwork, said.

In his words, works by popular Bulgarian painters would cost three to five times more if sold in the country than abroad.

Indzhev has also stated that in 85% of the cases, in which he collaborated with the police, the thieves turned out to be poor relatives or family friends, who know very well what is stored in the house.

On Monday, Boyadzhiev said that the value of the stolen paintings exceeds EUR 300,000.