Bulgaria to Have High-Speed Railway Lines by End of 2013 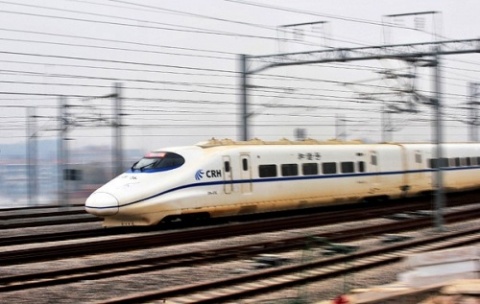 Even though the director general of the Bulgarian National Railway Infrastructure Company does not find it necessary, Bulgaria will have built high-speed railway lines by the end of 2013. Photo by smh.com.au

By the end of 2013, Bulgaria will have railway lines for high-speed transport of both passengers and freight, said Milcho Lambrev, Director General of National Railway Infrastructure Company.

However, in his words, having high-speed railways for over 200 km/h would be economically unprofitable for Bulgaria.

"The territory of the country is characterized by very rugged terrain. In order to introduce railway lines for speeds above 200 km/h, we have to build many and expensive equipment, such as tunnels, bridges, viaducts and others, which will make the projects more expensive," Lambrev said.

In his opinion, another disadvantage of high-speed railways would be the short distances between the operating points of mass cargo.

"For conventional rail network, speed of up to 160 km/h is absolutely enough," Lambrev said.

However, he confirmed that railway lines for high-speed transport will be built by the end of 2013. They will start operating after the construction of the sectors Plovdiv-Svilengrad-Turkish border, Plovdiv-Burgas, and Septemvri-Plovdiv is completed.

At the end of 2010, China signed a memorandum with Bulgaria for bilateral cooperation in railway transport, which included development of rapid and high-speed rail.