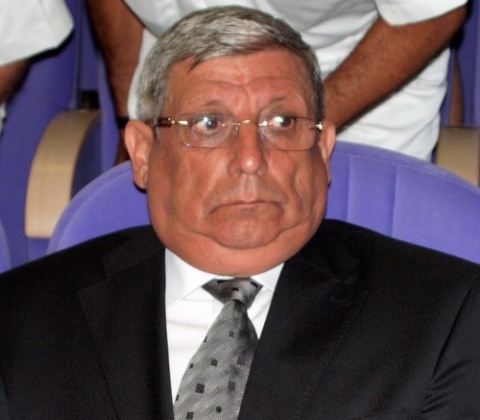 The team of Bulgaria's Defense Minister Anyu Angelov will face a tough choice over what fight jet to pick for the Bulgarian Air Force. Photo by BGNES

Using diplomatic channels, Bulgaria has asked defense industry companies from the USA, France, Germany, and Sweden for detailed information on their offers of new and second-hand fighter jets.

In a special statement, Bulgaria's Defense Ministry has announced the surveying of the prospective suppliers, while point out that the information request is exploratory, and that it does not mean yet the start of a tender for the purchase of multi-purpose fighter jets for the Bulgarian Air Force.

The Ministry explained that the requests for information were submitted in January 2011 after in November it formed a National Steering Committee and an Integrated Project Team, which drafted preliminary operational, technical, and tactical requirements for the new jets to be purchased by Bulgaria.

In its letters to the military-industrial complexes of the USA, France, Germany, and Sweden, Bulgaria asks about the conditions (price, maintenance, armaments, training, lifespan, offset opportunities) for buying 8 new or used fighter jets.

Based on the information that Bulgaria will gather from the potential suppliers, the Defense Ministry will draw an investment project. Once that is approved by the Parliament, the government will announce a tender for the purchase of fighter jets.

In October 2010, Bulgaria's Defense Minister Anyu Angelov revealed that the Defense Ministry would start within months its tender worth about BGN 1 B for the purchase of new fighter jets to replace the outdated MiG-21s, while modernizing its MiG-29s.

No exact amount of money the Bulgarian government plans to pay for the deal had been revealed so far, and the BGN 1 B figure mentioned by Angelov probably should not be regarded as precise.

Even with the mention of 8 planes in its information requests, it is still unclear how many planes Bulgaria wants to purchase.

The tender is expected to start in 2011, and the decision on which brand of fighter jets to pick will come in 2012; the first new planes should be at the disposal of the Bulgarian Air Force in 2015.

Bulgaria's Defense Ministry has not mentioned any company names but surveyed producers most likely include Lockheed Martin and Boeing in the USA, European multinational giant European Aeronautic Defense and Space Co (EADS), Dassault from France, and Sweden's Saab.

The planes that can meet Bulgaria's requirements include France's Dassault Rafale, the Saab Gripen from Sweden, the Boeing F/A-18 Super Hornet, the Eurofighter Typhoon, built by a consortium including EADS, Britain's BAE Systems, and Finmeccanica of Italy as well as new or second-hand F-16 or F-18 by Lockheed Martin. The average price for new fighter jets is about USD 40 M.

A document entitled "Strategy to Shape Bulgaria's Military Modernization", a US diplomatic cable sent on October 29, 2007, by John Beyrle, then US Ambassador to Bulgaria, was freshly released by WikiLeaks.

It demonstrates that the US has sought to influence the modernization of the Bulgarian armed forces primarily in the direction of enhanced capabilities for deployment of small Bulgarian detachments abroad. The 2007 cable points out that the US is seeking to discourage Bulgaria from expensive armament deals such as the purchase of corvettes from France as well as the purchase of brand-new fighter jets such as Eurofighter and Gripen.

In the document former US Ambassador to Bulgaria explicitly points out that the best option for the Bulgarian Air Force would be to acquire older models of US fighter jets such as F-16 and F-18 because of its limited budget for the armed forces.

Contrary to the suggestion in the 2007 US diplomatic cable, in 2010, Bulgaria's Defense Minister Angelov has made hints questioning the feasibility of acquiring older or second-hand US fighter planes that might be interpreted to mean that the Borisov government will seek to buy brand-new jets.

Sweden's Saab was especially proactive in 2010 with respect to offering its Gripen fighters to the Bulgarian government, apparently in an attempt to balance the strong position that the United States and the major Western European powers have in Bulgaria. The news about Bulgaria's survey of potential suppliers of fighter jets came shortly before Bulgarian Defense Minister Anyu Angelov paid a visit to Sweden where he met with the Swedish Defense Minister and the management of Saab, the producer of the Gripen jets.