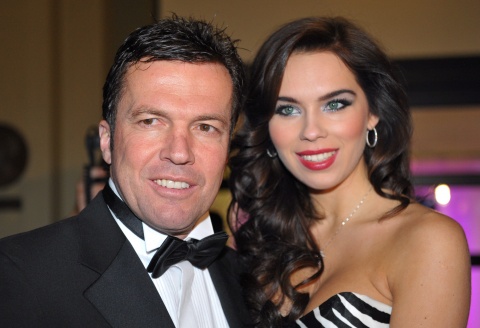 The coach of the Bulgarian national football team Lothar Matthaeus officially put an end to his fourth marriage, his management team announced.

Even though Matthaeus and his now ex-wife, 23-year old Ukrainian model Liliana, attended a fashion show in Paris together days ago, the couple was announced officially divorced on Wednesday.

The two married on January 1, 2009. In December 2010, the German football legend announced for the first time he was divorcing his 27 years younger wife.

However, divorced does not mean single for Matthaeus, who was spotted with 23-year-old psychology student Ariadne hours after the divorce was announced.

The football star have not yet officially declared her his girlfriend, but the two were seen together in a night club a month ago. According to German tabloids, they even celebrated Christmas at Ariadne's homeland, Cyprus.