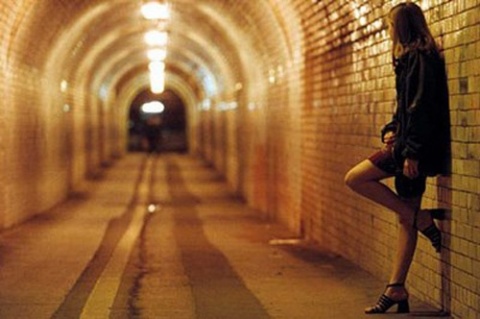 A Bulgarian prostitute working in the French city of Toulouse made a French businessman steal company money after the later fell in love with her. File photo

The boss of a French construction firm is in trouble for stealing EUR 260 000 form the company to benefit a Bulgarian-born prostitute.

The story appeared Tuesday in the French online edition "Depeche.fr," writing the scam had attracted the attention of the finance police.

In the course of two years, from August 2007 to June 2009, the construction business manager in the region of Toulouse transferred company money to his personal bank account, telling the bank director that his spouse must never learn about the transfers.

The bank director, who had perfect reputation and career, agreed to keep full confidentiality, according to "Depeche."

The 46-year-old man had fallen in love with a Bulgarian prostitute after a street encounter. He used the money to rent an apartment for her, pay her trips to Bulgaria, and shower her with gifts until the finance police intercepted withdrawals in the amount of EUR 100 000 from Western Union, made by three people in Bulgaria.

The police then began following the businessman and the banker, according to the publication.

The two are tried for embezzlement of State funds and money laundering.

The banker told the magistrates he had no idea where the money was coming from. The manager said he had been blackmailed over some discrediting photographs. His defense attorney informed his client was trapped after falling in love with the Bulgarian girl.

The prosecutor is asking for 15 months of jail time for the businessman.