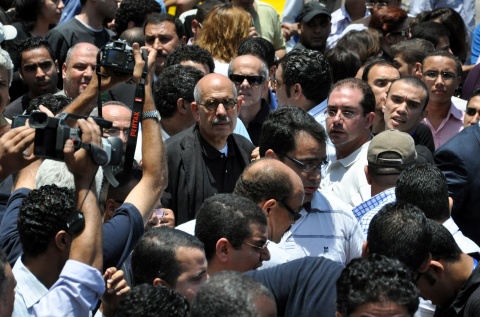 As Egypt is gripped by worsening civil unrest, the major opposition forces in the country have supported Mohamed El Baradei to negotiate with the regime of 82-year-old President Hosni Mubarak.

This has been made clear by a representative of the Muslim Brotherhood, Egypt's largest opposition group, considered a radical Muslim organization.

El Baradei, a former head of the International Atomic Energy Agency, has been an outspoken critic of the Mubarak regime.

El Baradei came to Egypt on Thursday, just before the intensification of Egypt's civil unrest on Friday. He was arrested on Friday, and then placed under house arrest.

Mubarak has been in power in Egypt since 1981. On Saturday, he appointed a new government and promised wide-ranging reforms. However, the tension in Egypt has not subsided.