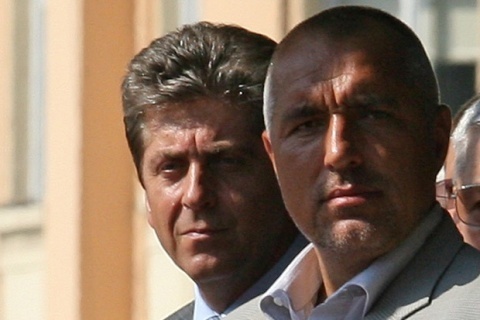 The threats for libel suit by Bulgaria's President Georgi Parvanov do not appear worrying to the PM Boyko Borisov. Photo by BGNES

Bulgaria’s PM Boyko Borisov has announced he was not worried about President Georgi Parvanov’s threats for libel suit against him.

On Friday, Parvanov said he will file a libel suit against Borisov, who accused him of being the puppet master if a vicious campaign against the government.

“I think the Chief Prosecutor should not be the bugaboo of this country. So what if Parvanov approaches him?,” Borisov said.

He accused the president of “starting first” by releasing in the media the transcript of a conversation between Parvanov and Finance Minister Simeon Djankov without the latter’s knowledge.

“Since then, he started his daily attacks against the government at all possible events. He started first by releasing the conversation, tapped by special surveillance devices, between him and Djankov. Where else could you see the president attacking the government every single day?.” Borisov said.

Parvanov has refuted Borisov’s accusations that he has organized “Tapegate”, a scandal with leaked discrediting conversations of senior government officials.

The recordings have formally been leaked by two sources – the Galeria weekly and the marginal conservative party RZS (“Order, Law, Justice”), both of which are deemed to be connected with Aleksei Petrov, a former undercover agent arrested in a special police operation in February 2010, dubbed “the Octopus” and “the Tractor.”

The tapes, whose authenticity remains disputed despite the fact that several institutions and alleged independent experts have come up with different conclusions on whether they were manipulated, contain alleged information that the Borisov government is favoring certain companies and individuals with respect to investigations and appointments in the Customs Agency. All tapes are of conversations of Customs Agency head Vanyo Tanov.