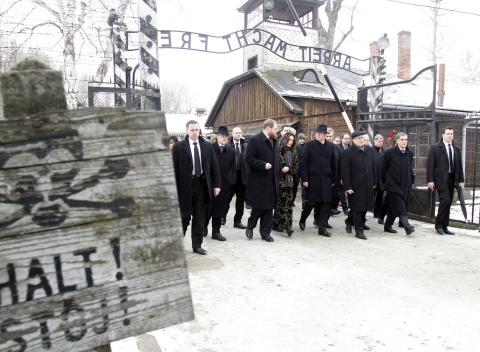 January 27 marks the International Holocaust Remembrance day and the 65th anniversary of the liberation of Auschwitz-Birkenau, the largest Nazi concentration camp by Soviet troops in 1945 .

It is an annual day of commemoration to honor the victims of the Nazi regime. It was designated by the United Nations General Assembly Resolution 60/7 on 1 November 2005 during the 42nd plenary session.

While January 27 is recognized by many countries as a day of remembrance for the Holocaust victims, other dates are used across the world to honor them, including Israel, which holds commemorating ceremonies in April.

Bulgaria marks its Holocaust Remembrance Day on March 10, a day dedicated to the rescue of approximately 50 000 Bulgarian Jews 65 years ago.