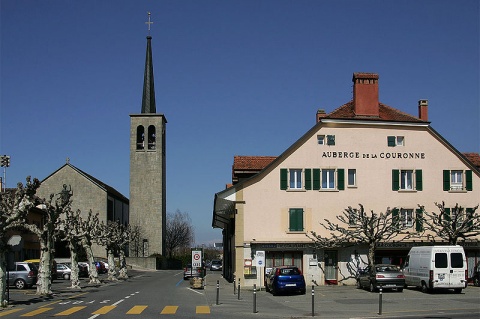 The Echallens municipality in Switzerland. Photo by wikipedia

A Bulgarian man, aged around 50, has perished in a labor accident in the western Swiss town of Echallens on Wednesday.

The tragic accident has happened while the man, a lumberjack, has been cutting a tree. The man has fallen from a height of several meters and has passed away immediately.

A Macedonian colleague of the diseased, visually in the same age range, has also fallen from the tree. Subsequently, he has been been transported to a hospital in a grave condition.

The two men were working at a private mansion in downtown Escallens, according to Swiss media.