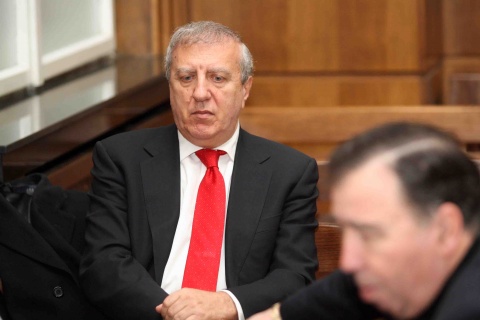 Alexander Tomov has received a 9-year sentence for draining EUR 7 M from the Kremikovtzi steel mill. Photo by BGNES

Alexander Tomov, former president of the CSKA Sofia football club and former CEO of the Kremikovtzi steel plant, was sentenced Wednesday to a total of 9 years in jail for embezzlement.

The Sofia City Court sentenced Tomov for document fraud and large-scale embezzlement while he was in the management of the now bankrupt steel mill. Another defendant, Ivan Ivanov, received the same sentence, while Bozhko Bonev was acquitted on the same charges.

Tomov and Ivanov are found to have grabbed hold of real estate properties and equipment worth EUR 7.05 M belonging to what was once Bulgaria's largest steel plant.

Tomov was acquitted on charges of draining EUR 3.5 M from the CSKA football club, whose president he was at about the same time that he was in charge of Kremikovtzi. The other defendant facing the same charges with respect to the CSKA Sofia football club, Alexander Garibov, was acquitted.