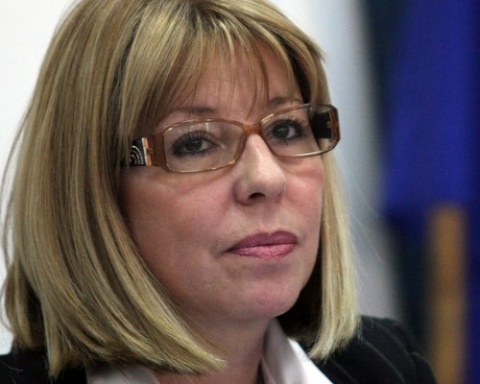 Murgina has thus become the first high-ranking state official serving under the governments of PM Saxe-Coburg (2001-2005) and PM Stanishev (2005-2009) to be sentenced for abuses.

Mugina was charged on four counts. The magistrates issued a guilty verdict on two of them. The ex NRA Director, is also banned from holding posts in state and municipal companies in the next six years.

Murgina is to pay BGN 10 000 in damages to the Director of the Regional NRA Office in the Danube city of Silistra, Milena Tsolchovska, for inflicted duress.

Murgina was found guilty of ordering tax inspectors to reduce taxes for a Pleven-based company and for unlawfully forcing Tsolchovska to resign. Murgina’s trial marked the first time a Bulgarian court recognized as evidence two email messages sent by a state institution. The emails elaborated her oral order to reduce the taxes of the above-mentioned company.

She was acquitted on the charges of wronging taxation of the former owner of the Kremikovtzi steel mill, Valentin Zahariev, and submitting a declaration with false information about a property owned by her in the beach town of Sozopol.

The probe against Murgina was launched in February 2009, after the State Agency for National Security (DANS) stripped the former NRA Director of her right to access classified information and amidst mounting accusations of huge organized draining of Value Added Tax (VAT) and political cover-up.

Both the defense and the prosecution were surprised by the ruling of the Sofia City Court, and both are going to appeal it within the two week deadline.

Murgina’s lawyer will seek a non-guilty verdict, while the prosecutor has declared there is enough evidence to convict Bulgaria’s ex top tax official on all four counts, and that therefore the prosecution will be demanding a harsher sentence.

The case can yet be handled by the Sofia Appellate Court, and then by the Supreme Court so the verdict appears to be far from final.