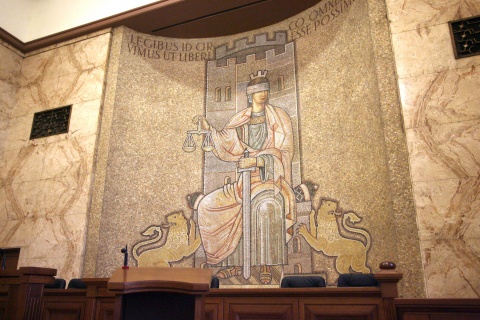 The Marguin Brothers case has been dragging on for nearly five years already and has been postponed on several occasions. File photo

The Interior Ministry refused for the second time Monday to submit with the Sofia Appellate Court the documentation from the probe of Bulgaria's alleged top criminals known as the Marguin Brothers.

The Sofia Appellate Court resumed Monday the case of Krasimir and Nikolay Marinovi aka The Marguin Brothers.

The request came from the defense council on the grounds the documentation would make it clear who has investigated the brothers and the other defendants and how evidence has been collected.

The Interior Ministry's Chief Secretary Kalin Georgiev explained the refusal with the "Marguin" case and information from it being connected to other, still ongoing, probes and including data from special surveillance devices.

The defense council asked the magistrates to submit a third request, but the move was denied.

The judge also fined the witness, another alleged criminal, Dimitar Vuchev aka Dembi, with BGN 500 over his failure to appear in the courtroom once again. Dembi and another missing witness, Ivo Ilchev, will be brought by force during the next session, which is scheduled for February 14.

The case has been filed with the Sofia Appellate Court by the Prosecution after the Sofia City Court issued a non-guilty verdict for The Marguin Brothers in June.

They were charged with plotting three murders.