Bulgaria Makes Its Way into 'World's Most Boring Game' 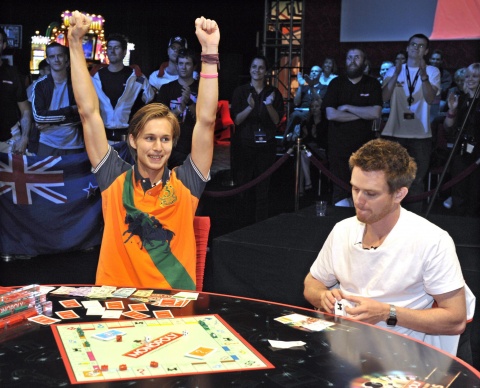 A communist version of the Monopoly game has been released in Poland. Photo by EPA/BGNES

A guide to Bulgaria features in a new Monopoly-style game, which has been designed in Poland to remind people of the hardships of life under communism, but has already been slammed as the world's most boring game.

The contestants in the game, called Queue, have to queue to buy ten mundane items including lavatory paper, coffee and a guide to Bulgaria. But they face lengthy queues, competition from queue jumpers and the prospect of the shop running out before they are served.

All contestants have an equivalent of the get-out-of-jail-free card that allows them to queue jump and buy goods under the counter.

The first person to buy all their items is the winner.

The game is based on Monopoly and has been created by Poland's Institute of National Remembrance, the body charged with investigating communist-era crimes.

Its designers say they came up with the invention in an effort to keep alive the atmosphere and frustrations of the queuing struggle so that the younger people may not take the comforts of their life for granted.

The game will be released in February.