Belarus Envoy to Bulgaria: No Misuse of Force, Elections Fair 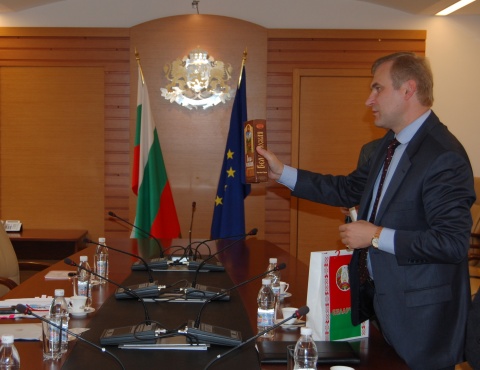 States and international organizations might not have adopted an objective stance to December 2010 presidential elections in Belarus, according to Belarusian ambassador to Bulgaria Vyacheslav Kachanov.

Speaking in an interview for the Bulgarian National Radio, Kachanov assured that national security forces exercised special restraint when attempting to stop protests during the election evening and did not exert any unwarranted violence.

Kachanov qualified the response of European states, the EU, the USA, and OSCE as "tendentious", saying that it was the opposition that relied on the sparkling of violence in order to draw international attention.

"There was no provocation on the part of security forces. Only when protesters attempted to storm the office of the Election Authority did police and special units stop them using force," stated the ambassador.

"I think that trying to break into official institutions is not a thoroughly democratic practice, and so is not trying to overthrow with force the functioning institutions," retorted Kachanov to criticisms that Belarusian democracy is not functioning quite well.

Hundreds – included all opposition presidential candidates – were arrested in the skirmishes, some of them badly injured. According to Kachanov, some 100 security personnel were also wounded.

The Belarusian ambassador to Bulgaria also expressed hopes that notwithstanding relations with the European Union will not plunge down but will rather continue to build up on the boost they had in the last few years.

He moreover commented that there is no need to present the relations between Belarus and Russia as more dramatic that they actually are, suggesting that there are no irresolvable difficulties between the two traditional partners.

Lukashenko's inauguration ceremony Friday was boycotted by EU member states' ambassadors to Minsk. EU sources have suggested that the Union could pull sanctions against Belarus to force the strengthening of democracy.