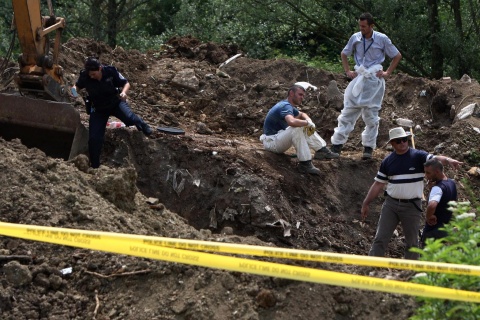 A Serbian court sentenced 9 former ethnic Albanian guerrillas from the Kosovo Liberation Army for murdering non-Albanian civilians in Kosovo after the end of the 1999 war.

Belgrade's War Crimes Chamber of the Senior Court said in statement the nine men were sentenced to a total of 101 years in jail for killing 32 Serbs, Roma and other non-Albanians in Gnjilane, Northeastern Kosovo after the end of the 1999 war.

"Another 35 civilians are still listed as missing, while another 153 people were arrested, detained, tortured and later released... It was proven that the accused ... were torturing their victims, stabbing them, suffocating them with plastic bags, killing them and disposing of their bodies in a lake," the sentence said as cited by The Times Online.

Three of the defendants were sentenced in absentia, while the others were arrested two years ago in the Southeastern Serbian town of Presevo, close to the border with Kosovo.

The Times Online reminds that the sentence comes after the European Union's rapporteur Dick Marty issued a report last year accusing Kosovo's Prime Minister Hashim Thaci of being the boss of an organized crime ring during the Kosovo war which was involved in assassinations, trafficking drugs and organs taken from dead Serbs and other crimes.

Following the end of the conflict and the deployment of NATO peacekeepers, according to official data of the United Nations High Commissioner from Refugees, about 200 000 Serbs and other non-Albanians fled Kosovo, fearing reprisal attacks.  Kosovo declared independence from Serbia in 2008.