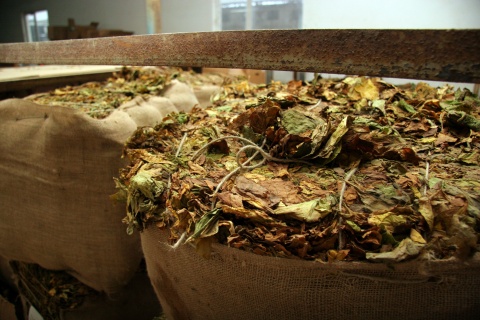 Advisory Board for tobacco will be established at the Bulgarian Agriculture Ministry. Photo by BGNES

Advisory Board for tobacco will be established at the Bulgarian Agriculture Ministry and will include representatives of tobacco producers, companies, state administration and legislature.

The news was announced Friday by the Bulgarian Agriculture Minister, Miroslav Naydenov, after meeting with MPs and the big companies purchasing tobacco.

"The campaign for buying tobacco started several days ago and is expected to finish at the end of March," Naydenov said.

The participants in the meeting expressed their shared opinion that the tobacco sector in Bulgaria cannot survive without receiving subsidies from the state and the companies.

There were also negotiations with the MPs for providing BGN 70 M to tobacco producers in the second half of 2011.

The companies that purchase tobacco also confirmed that if state funding is provided, they will also agree to support the tobacco producers.

Naydenov reminded that he had already suggested additional payments to the sector that amount to BGN 143 M, which would be divided in 2011 and 2012.