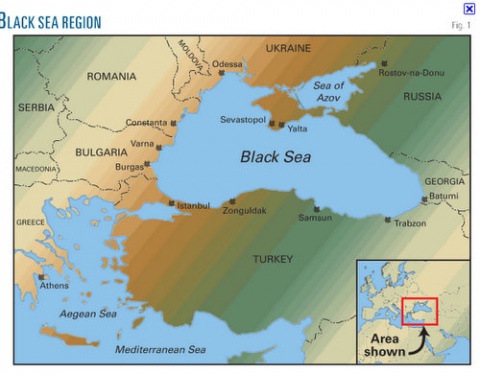 The EU needs to come up with a "proper strategy" for the Black Sea region, according a report adopted Thursday by the European Parliament.

The EP report states that the future EU strategy should contribute to strengthening security of energy supplies in Black Sea region, and that it will require new funds and commitment on part of more staff of the EU institutions.

According to the report of Romanian MEP Traian Ungureanu from the European People's Party, the EU Black Sea Strategy needs a budget line of its own. Its other priorities should be human rights, political stability, migration management, and opportunities for funding small development and trans-border cooperation projects.

The MEPs have also proposed to organize regular ministerial meetings of the EU and the countries from the Black Sea region – Armenia, Azerbaijan, Georgia, Moldova, Turkey, and Ukraine. Turkey and Russia are mentioned as strategic partners in this iniative.

The EP also suggests that the EU should develop an early warning system for conflicts in order to boost trust and cooperation in the region. Such a system would focus on specific cases such as sale of arms or armed operations at sea.

At the same time, the MEPs have expressed concern over the extension of the lease of the Russian naval base on the Crimea in Ukraine from 2017 until 2042, and the effect it might have on the stability of the region.

Bulgarian Socialist MEP Evgeni Kirilov has declared that the EU must expand its presence in the Black Sea region as it has become a Black Sea power factor after Bulgaria and Romania's accession.

"The EU must support the realization of projects under way such as the construction of a Black Sea belt highway, the Pan-European Transport Corridors 8 and 9, and the development of the transport connections between the Black Sea ports," Kirilov stated.