9 Million Tourists Had Vacations in Bulgaria in 2010 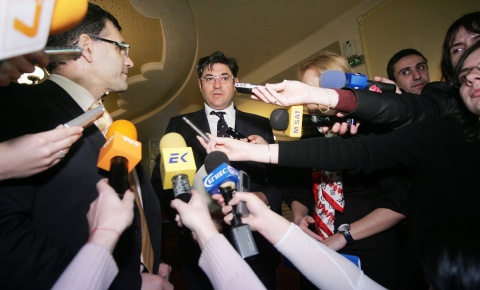 Almost 9 million tourists were registered in Bulgaria in 2010, according to data of the National Tourism Board, an association of the tourism industry, which had a conference in Sofia Wednesday.

The tourism industry data presented at the conference says that Bulgaria saw a 5% increase in bed occupancy in 2010 year on year, with the total bed occupancy reaching 30%.

"We are regaining our positions from before the economic crisis. What is more, for 2011 we expect even better results, and about the same number of tourists," stated Rumen Draganov, head of the Institute for Analysis and Estimates in Tourism. The Board data suggests that in spite of the crisis, Bulgaria's tourism revenues are on the increase.

Bulgaria's government will invest a total of BGN 42 M in advertising the country as a tourist destination in 2011, Bulgaria's Finance Minister Djankov said. Djankov vowed an emphasis on cultural tourism.

The National Tourism Board has demanded a "clear" tourism law that defines and outlines the various tourist attractions. One of Bulgaria's problems is that it has very few international brands of hotels, according to the experts.