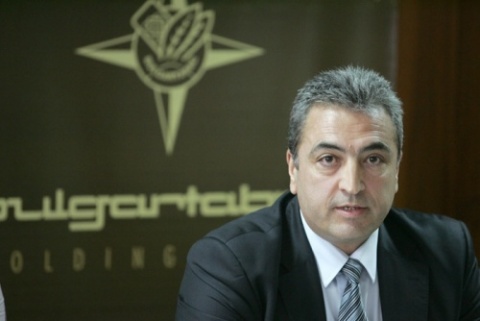 Ivan Bilarev, CEO of Bulgartabac Holding, has stated that the prices of cigarettes will most probably remain unchanged in 2011. Photo by BGNES

Prices of cigarettes in Bulgaria might remain unchanged in 2011 but prices of cut tobacco will increase, according to Ivan Bilarev, CEO of the Bulgarian state tobacco company Bulgartabac.

"Prices of cut tobacco will increase by 20% for sure because of the increase excise duty for 2011," Bilarev said, adding that the exact prices will be announced in the spring.

In his words, there was a decrease of prices in some brands of cigarettes in 2010.

"We do not want to make excessive profits, but we would rather want to be able to cover costs and have a market presence. But we are yet to do an analysis for the following year and this is another question. Basically, we have no reason to increase the prices of cigarettes," Bilarev said.

He has explained that the financial reports for 2010 will be ready at the end of March and further statements could be made after that.

According to the Bulgartabac CEO, the cut tobacco sector started developing at the beginning of last year because its excise duty was lower than the one for cigarettes.

"But in fact it does not have any perspective because of the increase of its excise duty, which has to follow the excise duty of cigarettes," Bilarev said.