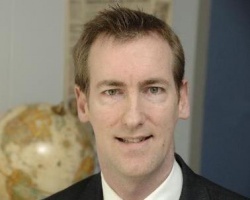 EC Spokesperson, Mark Gray, has stated that the EC is expecting a quick response from Bulgaria. File photo

The European Commission is waiting on information from Bulgaria about the tapes of discrediting conversations between key Bulgarian political figures before it makes a decision on how to handle the situation.

The statement was made Monday by the EC spokesperson Mark Gray, who pointed out that there is no specific deadline for receiving the requested information from Bulgaria, but the commission relies on a quick response.

According to him, it is too early to state whether the problem will be included in the Commission's interim report on Bulgaria, which is expected in several weeks.

Gray noted that the Bulgarian response has to be received and analyzed before the decision on the scandal's inclusion in the report is made. In his words, the exact date of its publishing is not known yet.

The EC spokesperson once again stated that the tape scandal is an internal matter within the authority of Bulgaria's Prosecutor's Office, which must establish if the recordings were made legally or not; if there has been a judge warrant to make them, and then decide if this is a criminal case that must be moved forward.

On Sunday, Bulgaria's PM Boyko Borisov said that he wants to get foreign experts to check the authenticity of the tapes.

The latest scandal was triggered last week by the release of tapes of conversations between Borisov and the Director of the Customs Agency, Vanyo Tanov.