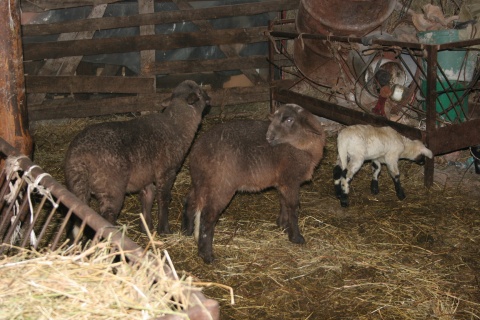 Bulgarian farmers are on the edge over the recent outbreak of foot-and-mouth disease in southeastern Bulgaria. Photo by BGNES

Tests from farm animals in the Bulgarian village of Rezovo, located in the southeasternmost corner of the country, off the border with Turkey, have been proven positive for foot-and-mouth disease (FMD).

The information was announced by the General Director of the National Veterinary Services, Dr. Yordan Voynov, who said scores of animals in the village, located at the border with Turkey, are infected and will all be immediately euthanized Monday.

Voynov said the FMD outbreak in the other, nearby village of Kosti, has been extinguished, and the same measures will be applied in Rezovo.

The virus was first discovered in a wild hog, shot during hunting in Kosti, on December 30, 2010. On January 11, the authorities began euthanizing 500 animals. The village is under 3-month quarantine.

Experts from the European Commission are visiting the affected areas Monday.