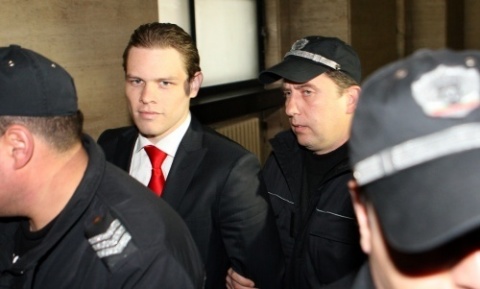 A 24-year-old Australian man, convicted of murder in Bulgaria, said the appeals court will certainly overturn his sentence of twenty years in jail unless it is corrupt.

"If the appeal court is not corrupt, there is more than enough evidence to find that I acted in defence of a racial minority being assaulted due to the colour of their skin, then acting in defence of myself," Jock Palfreeman said in a statement, issued days before the crucial final hearing in his appeal.

The young Australian calls any deviation from this ruling "a display of corruption and disrespect for law, morals, society and justice."

According to Palfreeman in Bulgaria the facts of his case has been harshly censored from the Bulgarian language public.

"The propaganda has been very good, with rumours that I stabbed people in the back, that contradict eye witnesses and the forensic report. Ironically the forensic report not only states that Andrey was stabbed face to face, but it also states that he was not stabbed with the knife I held. He was stabbed with a dagger, a type of knife I did not have," the statement says.

Palfreeman claims that the family of the victim Andrey Monov have used their connections within the then governing Bulgarian Socialist Party to corrupt the judicial process.

Paul "Jock" Palfreeman's appeal against his 20-year sentence is due to return to court on Wednesday, January 19.

The Bulgarian appeals court had adjourned the hearing in December to allow his father to testify.

Palfreeman's father, Dr Simon Palfreeman, had been unable to get to the court on December 22 due to bad weather in Europe.

Palfreeman was convicted in December 2009 of fatally stabbing one man and wounding another during a street brawl in the Bulgarian capital, Sofia, in 2007.