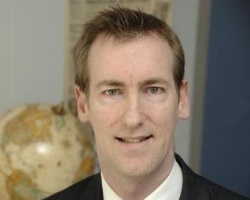 The European Commission has officially approached Bulgaria in a request for information about the latest tapes of discrediting conversations between key Bulgarian political figures.

Gray points out the tape scandal is an internal matter within the authority of Bulgaria's Prosecutor's Office which must establish if the recordings were made legally or not; if there has been a judge warrant to make them, and then decide if this is a criminal case that must be moved forward.

The EC spokesperson declined stating if the scandal would be included in the Commission's interim report on Bulgaria's justice system and internal affairs, expected in several weeks, adding the EU is refraining from comments for now, but still wants more information over statements being made in Bulgaria.

"As you know, we monitor closely developments at Bulgaria's State Agency for National Security (DANS) and precisely in this context we are requesting the information. We wish to establish facts; let's first do this, and then decide what the next steps to undertake will be. I cannot give indications if the report will include these latest issues, but you know, the reports always deals with DANS. It will be the same this time," Gray is quoted saying.

The latest tape scandal erupted after Galeria weekly, a paper believed to be the mouthpiece of Aleksei Petrov, former special agent of the State National Security Agency DANS, (currently under house arrest), who has been investigated on organized crime charges since his detention in the much advertised "Operation Octopus" in February 2010, released tapes of conversations between Prime Minister, Boyko Borisov, and the Director of the Customs Agency, Vanyo Tanov.