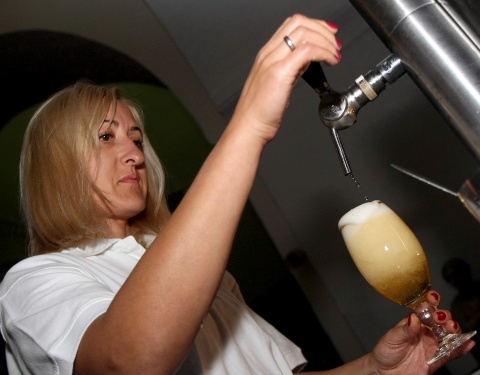 The beer brewing and bottling company “Ledenika,” makes the “Ledenika” and “MM” beer brands and is owned by the “Ledenika and MM Inc.” company. File photo

The beer brewing and bottling company "Ledenika," makes the "Ledenika" and "MM" beer brands and is owned by the "Ledenika and MM Inc." company.

The shareholders are the Varna-based "Machineinvest" with a 77% stake and the offshore company "Alvert Limited" registered on the Seychelles, holding the other 23%.

The information was published Friday in the Bulgarian daily "Dnevnik," in the aftermath of Bulgaria's latest tape scandal.

The tapes, which are yet to be proven authentic, reveal Borisov has provided a cover-up for the "Ledenika" owner, Mihail Mihov.

At the end of 2009, the Customs Agency had started a routine probe at the brewery, which has the statute of an excise warehouse, "Dnevnik" writes.

The probe involved the warehouse's books which must list all received excise goods and unlist them when they leave the warehouse to be sold in stores. If there are no such books or omissions in them, authorities see it as a sign of tax evasion allowing the manufacturer to not pay excise duty.

The probe led to the seizure of 122 000 liters of the "Ledenika" beer, which have not been accounted for, over suspicions of attempts to not pay the excise tax. At the time, the Customs Agency allowed for the beer to be bottled under the condition it would not leave the premises.

In February 2010, Tanov revoked the brewery's license to make and store excise goods over the violations revealed by the probe.

The brewery, however, continued its activities, and an announcement about this was made by the Customs Agency from August 22 2010.

The Agency told "Dnevnik" the license has been reinstated.