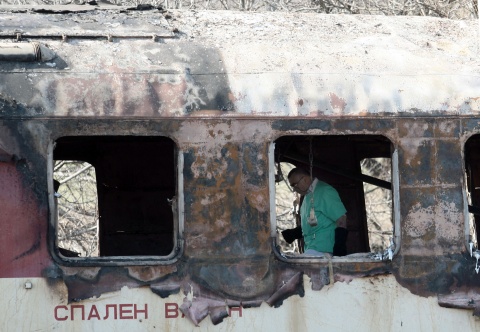 The Court of Appeals in the Bulgarian city of Veliko Tarnovo rejected the defense request for a new expertise in the case of the Sofia-Kardam night train tragedy.

The case was brought to the Court of Appeals in Veliko Tarnovo in an appeal of the May 2009 ruling of the Pleven District Court.

The new expertise was requested by the defense council of Ivanka Kostadinova, the director of the train, who was sentenced to 8 years of imprisonment by the Pleven District Court. The lawyer asked for a cause of fire expertise and a psychological one to establish how her client has been affected by the inhaling of harmful gases during the fire.

The prosecutor was adamant additional analysis was not needed because all technical details have been cleared.

The Pleven District Court also ordered 12 years imprisonment for the train conductor Georgi Georgiev and acquitted the Deputy Head of the Bulgarian State Railways, Georgi Ivanov. Compensations of BGN 100,000 were ordered to be paid to the victims' relatives.