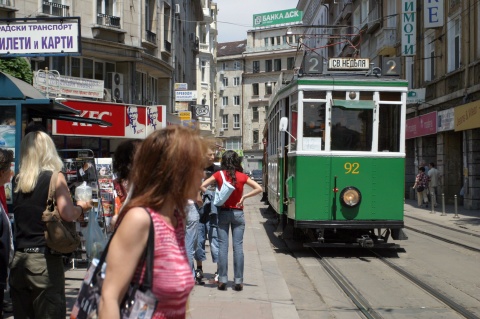 Two retro trams will transport passengers on the occasion of the 110th anniversary of the launching of the vehicles in Sofia. Photo by Sofia Photo Agency

Two retro trams will take for free rides passengers in Sofia as a celebration of the 110th anniversary of the vehicles in the Bulgarian capital, the Sofia Public Electrical Transport company JSC has announced.

The two trams will work Thursday from 10:30 am to 4 pm. They will run on the oldest routes of the city.

The first trams in Sofia were launched on January 1, 1901. The construction of the lines began on December 1, 1898 by companies from France and Belgium.