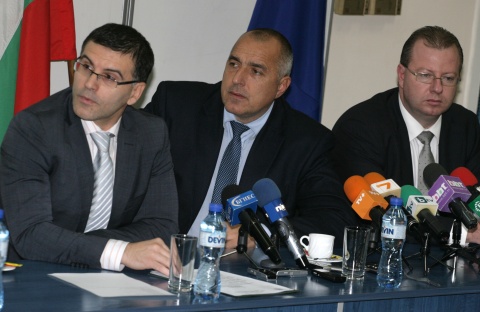 Bulgaria registered a budget deficit of 3.9% in 2010 instead of the forecast 4.8%, according to preliminary data released Wednesday by the Finance Ministry.

According to estimates of the Finance Ministry, Bulgaria's deficit under the consolidated fiscal framework on cash basis was BGN 2.8 B in 2010, or 3.9%.

The accrual deficit, which is measured according to EU accounting rules, was 3.6%. According to Bulgaria's revised 2010 State Budget Act approved in June, the expected 2010 budget deficit was 4.8%, or BGN 3.691 B.

Thus, even though its state finances performed better than expected, Bulgaria still failed to keep its deficit under 3% as required by the EU Stability and Growth Pact; after its 2009 deficit exceeded 3%, since the summer of 2010, Bulgaria has been placed under the EU Excessive Deficit Procedure, a program for reducing the deficit below 3%.

The Finance Ministry said on Wednesday that the state revenues raised in 2010 were slightly over 100% of the projected figure. The fiscal reserved amounted to BGN 6 B at the end of December 2010.

The Ministry will provide detailed data about the 2010 state budget performance till the end of December 2010 in a special bulletin on January 31, 2011.

The preliminary state finances data presented Wednesday indicates that Bulgaria's budget deficit grew by an entire BGN 1 B and that the fiscal reserved declined by BGN 400 M in December 2010 after the previous data set showed that Bulgaria registered a budget deficit of only 2,65%, or BGN 1.866 B in the first eleven months of 2010.

As it stood at BGN 6.4 B at the end of November, and BGN 6 B at the end of December, Bulgaria's fiscal reserve was depleted by a total of BGN 1.67 B in 2010. This is still better than the worst case scenario in which the government envisaged a possibility to deplete it down to BGN 1.5 B.

Bulgaria's consolidated budget fiscal program actually saw a deficit of BGN 1.967 B in the first eleven months of 2010 but part of that is covered by the BGN 101.3 M surplus in Bulgaria's EU dealings.

In November alone, the Bulgarian state budget registered a surplus of BGN 36.5 M.

Bulgaria's state spending in first eleven months of 2010, including Bulgaria's contribution to the EU budget, amounted to BGN 23.221 B, which is 83.5% of the projected amount.

In early December 2010, the Bulgarian Parliament approved the 2011 state budget, which provides for an economic growth of 3.6%, and a budget deficit of about 2.75% of the GDP, barely below the 3% threshold of the EU Stability and Growth Pact, which is also required for ERM II and euro zone accession.