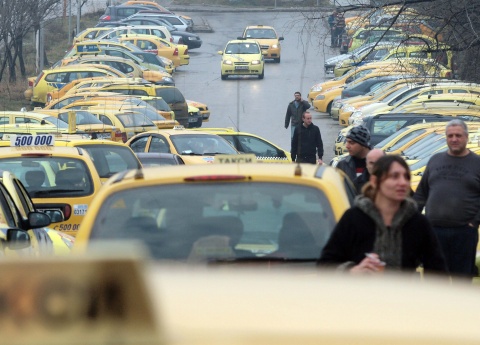 Over 600 Varna cab drivers staged a rally to protest the falling taxi fares in the city. Photo by BGNES

Over 600 drivers staged a rally to protest the price of BGN 0.54 per kilometer, which they say is unrealistic and would affect negatively not only the cab business, but public transportation as well since fewer people would use the latter over the reduced taxi fares.

The drivers vowed to go on rallies every single day until the Transport Ministry addresses the issue. Their labor unions accuse the owners of cab companies of lowering the real price of taxi services on purpose.