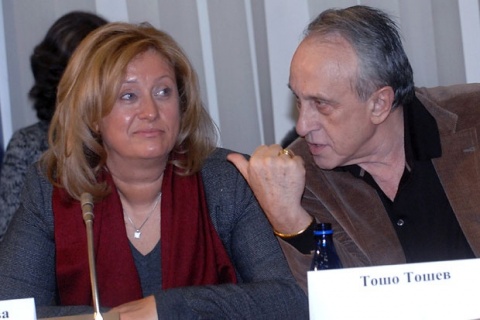 Two of the leading Bulgarian dailies "Trud" (Labor) and "24 Chasa" (24 Hours) will have new editors-in-chief to be selected by open competition, the President of the Editorial Board of the "Bulgaria Newspaper Group," Lyubomir Pavlov, informs.

Pavlov revealed the news Sunday, during a special press conference.

The current editors-in-chief of the weeklies "168 Chasa" (168 Hours), and "Sedmichen Trud" (Weekly Labor), Nikolay Penchev and Zoya Deyanova remain temporarily at their positions.

Venelina Gocheva, until now the Editor-in-Chief of "24 Chasa," and Tosho Toshev of "Trud" were recently selected as Deputy Presidents of the group's Editorial Board. They designated as their temporary replacements, until the competition is held, Borislav Zyumbulev and Nikola Kitsevski, respectively.

In mid-December, the Vienna-based "BG Privateinvest GmbH" and Germany's third largest newspaper and magazine publisher WAZ media group signed the agreement to transfer WAZ ownership of the above newspapers, its magazines, the printing facility "Sofia" and the distribution company "Strela" (Arrow) to the Austrian company.

Owners of "BG Privateinvest" are Austrian, Kalr von Habsburg (34% of the shares), a German living in London, Daniel Rutz, and Bulgarian, Hristo Grozev with 33% of the shares each. The three own electronic and print media in the Netherlands. Their Bulgarian partners are Ognyan Donev and Lyubomir Pavlov.