No Schengen Entry for Bulgaria in March 2011 - Report 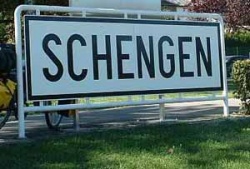 Bulgaria and Romania stand no chance of being admitted to the Schengen Area in March 2011 as they originally hoped, according to anonymous diplomats.

The two Balkan countries will not make it to become members of the borderless Schengen Agreement, because the technical assessments for their preparedness are negative, senior EU diplomats have told AFP as cited by BTA.

The final decision on whether Bulgaria and Romania can become members of the Schengen Area in March 2011 will be made on February 24, 2011, at a meeting of the council of EU foreign ministers in Brussels.

The report says that Bulgaria's control on its border with Turkey, which is an external EU border, is negative, and that there is no way Romania can be admitted to Schengen without Bulgaria, according to one of the anonymous diplomats.

This appears to confirm accusations made by senior Romanian officials in the recent days that Bulgaria has been dragging Romania down for Schengen because of problems with the border control  at the Kapitan Andreevo crossing on the border with Turkey.

France and Germany have already expressed their opposition to the March 2011 entry into Schengen of Bulgaria and Romania saying such a move will be premature.

According to Friday's report, about a dozen governments of the 27 EU member states share the same opinion.

Another diplomat is quoted as saying that the delay of the Schengen Accession should not be seen as a sanction since Greece's admission to the borderless zone was delayed three times at Germany's insistence.

Germany's concerns are said to be confirmed by the current problems that Greece faces at its land border with Turkey, which has seen an influx of illegal migrants in 2010, leading to a mission of the EU border control agency Frontex to help Greece patch up the situation.

At the beginning of December, experts from the European Commission were on a mission in Sofia to assess Bulgaria's Schengen readiness, stating that Bulgaria and Romania's entry to the Schengen Agreement depends on the assessment of technical criteria. This was the seventh consecutive visit of Schengen experts in Bulgaria.

On December 20, EP Vice President Rayner Wieland said in Sofia the decision on Bulgaria and Romania potential Schengen entry is to be made on March 27 2011.

On December 30, Romanian media published unverified reports that Bulgaria had failed the final EC inspection for Schengen readiness over technical and staff issues at the Kapitan Andreevo crossing point on the Bulgarian-Turkish border.

According to the Bulgarian government, Bulgaria will have met fully all technical criteria for Schengen Entry by March 2011. Analysts have commented for Novinite.com (Sofia News Agency) that Bulgaria and Romania are more likely to be allowed in the Schengen Area towards the end of 2011, rather than in March.

Bulgaria submitted its formal declaration of readiness in September 2007 and sent European authorities follow-up reports, penning in March 2011 as the target date for accession to the Schengen zone. The estimates turned meaningless due to a delay in the award of a tender to produce biometric passports and lack of progress on the second generation of the EU's Schengen Information System, more commonly known as SISII.

The 1985 Schengen Agreement is an agreement among most Western and Central European countries which allows for the abolition of systematic border controls between the participating countries. By the Treaty of Amsterdam, the agreement itself and all decisions having been enacted on its basis had been implemented into the law of the European Union.