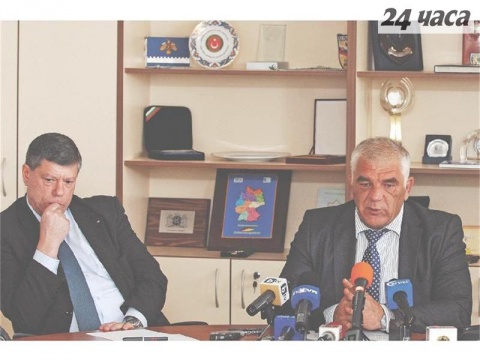 MPs have been involved in the latest Bulgaian Customs Agency scandal, according to the agency's former Deputy Head Antoni Strandzhev.

Certain Bulgarian MP's have received financial aid during the campaign and had to return the favor through manipulations in the Customs Agency, according to Strandzhev.

"I know who these MPs are, but I will not mention them," he said in an interview for the Bulgarian private channel bTV.

In a letter, which Strandzhev initially had addressed to Prime Minister Boyko Borisov, he has stated that there have been attempts for political appointments in the Customs Agency, which the agency's administration has interrupted. In Strandzhev's words, this has resulted in political pressure.

Three tapes of conversations between the Director of the Customs Agency, Gen. Vanyo Tanov and his superiors – Finance Minister, Simeon Djankov, and Deputy Finance Minister, Vladislav Goranov – were released at a news conference Wednesday by the Galeria weekly tabloid, a paper believed to be the mouthpiece of Aleksei Petrov, (currently under house arrest) former special agent of the State National Security Agency DANS, who has been investigated on organized crime charges

In one of the recorded conversations, Tanov complains to Djankov that Tsvetanov wants to appoint "his own people" at the Customs Agency, which is technically part of the Finance Ministry, which is why he lied to Prime Minister Borisov that Antoni Strandzhev, a close aide of Tanov, met with former Interior Minister Rumen Petkov, who was part of the Stanishev Cabinet in 2005-2009 but resigned in 2008 over a scandal.