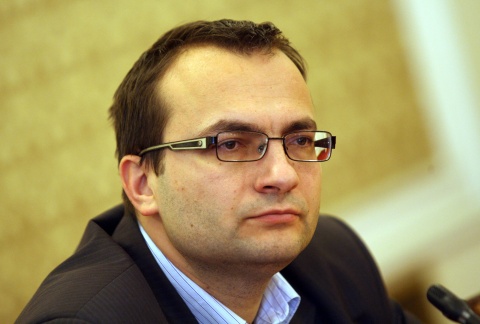 Bulgaria is coming closer to a 1984 situation and away from the rule of law, according Martin Dimitrov, co-leader of the rightist Blue Coalition.

The Blue Coalition has been supportive of the center-right GERB cabinet which has a large minority of 117 MPs out of 240, but has been recently progressively distancing itself from the government.

According to Dimitrov, this shows that there is a massive surveillance going on in Bulgaria, in which everyone spies on everyone without any evidence of criminal activities and just for the sake of abusing the acquired information.

"This is a very dangerous road on which the government has set foot - the road towards total police rule," stated Dimitrov.

He warned that soon it might turn out that everyone who is somehow uncomfortable for or against the government is actually under secret surveillance, including journalists.

"We must preserve democracy and the rule of law and will not let this go on," stated the rightist leader.