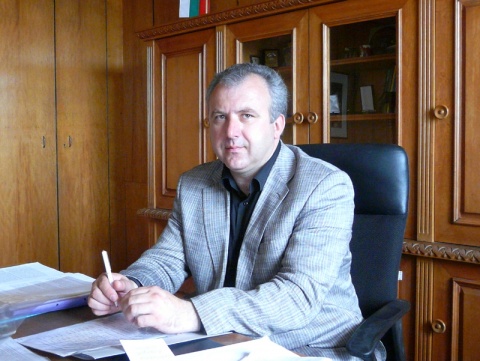 The Chair of the State Agency for Bulgarians Abroad, Rosen Ivanov. Photo by focus-news

Some temporary public councils of Bulgarians abroad are disgruntled by the fact the cabinet failed to consult them while preparing the Bulgarians and Bulgarian Communities Abroad Bill.

Bulgarian journalist, Atanas Chobanov, who lives in France, told the Bulgarian National Radio, BNR, on Wednesday that attempts to get in touch with the State Agency for Bulgarians Abroad have "failed miserably," adding local politicians and institutions do not take organizations of Bulgarians outside the country seriously.

"The attitude is totally bureaucrat, pen-pushing, and has nothing to do with the one people living in democratic societies are used to," Chobanov stated.

The journalist further points out that preparing the Bill "in the dark" can lead to the creation of a formally appointed National Council of Bulgarians Abroad that would silence the latter's request for Parliamentary representation with Members of the Parliament from the 32 Election Regions outside Bulgaria.

According to Chobanov, some tasks of the State Agency for Bulgarians Abroad, such as issuing certificates of Bulgarian origins, could be transferred to the Ministry of Foreign Affairs, while the political representation of Bulgarians abroad belongs to the Parliament.

All this will lead to an increase of work efficiency and put a halt on cases such as the one with the Russian mafia boss, Konstantin Tsiganov, who had obtained Bulgarian citizenship in 2001, because, according to the State Agency for National Security (DANS), he had a Moldovan grand-mother. Tsiganov is currently at the immigration camp in Busmantsi, near Sofia, awaiting extradition as a threat to national security, the journalist explains.

Chobanov, however, pointed out the temporary councils are not demanding the closure of the Agency; they oppose the political appointments of people responsible for Bulgarians abroad, reiterating theit representation must be discussed with the diaspora before the Bill enters the Parliament.

The Agency Chair, Rosen Ivanov, countered very few Bulgarians outside the country share Tchobanov's views, adding Bulgaria's cabinet was prepared to support all organizations abroad if they work for the interests of the homeland.

"Their goal should not be to eliminate the Agency. The gentleman from France speaks in too general terms. We are talking about the preparation of a project for a decision of the Council of Ministers about having a Bill. Do you grasp the difference? We must have something in order to begin a debate," Ivanov told BNR.