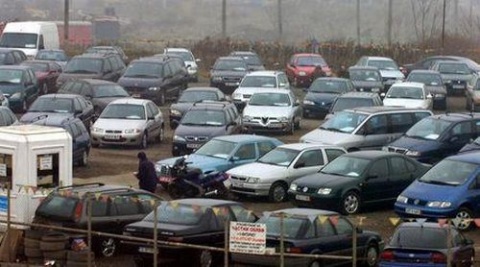 Bulgaria's second-hand car market is on the rise. Photo by avtomarket.bg

According to Lyubomir Dorosiev, deputy head of the Association of Car Importers, as cited by money.bg, the Bulgarian market for second-hand cars had a growth that is impressive against the backdrop of the economic crisis and the reduced domestic consumption.

Dorosiev pointed out there is a increasing trend of people in Bulgaria preferring second-hand to new cars.

Data of the Association of Car Manufacturers and their representatives in Bulgaria recently revealed that the new car sales in the country declined by over 30% in the first 11 months of 2010 compared with 2009 (when the sales went down by over 40% compared with 2008.)

Dorosiev believes that the growth shows the Bulgarian market of second-hand cars has indicated that it is increasingly getting out of the gray economy, and offers the customers good-quality second hand vehicles.

He says that Bulgarian consumers are no longer willing to take bank credits to finance the purchase of new cars in such mass proportions as they did before the economic crisis since they are now no longer certain they will be able to repay their loans.