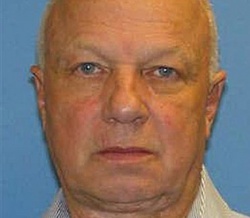 John Wheeler III, 66, has been found murdered in a landfill

The body of John Wheeler III, a military expert who served in three US Republican administrations has found dumped in a landfill

The body was found in Delaware on New Year's Eve and identified on Monday. The death has been ruled a homicide.

John Wheeler III, 66, served three Presidents - Ronald Reagan, George H.W. Bush and George W. Bush, for whom he was a special assistant to the Secretary of the Air Force. Most recently, Wheeler worked as a military consultant.

He was a former chairman of the Vietnam Veterans Memorial Fund.