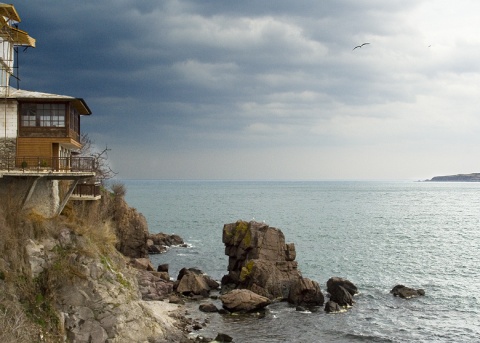 View of the bay of Sozopol on the Black Sea. Photo by Wikipedia

The Bulgarian Orthodox Church has reacted strongly against the intention of authorities of the town of Sozopol to erect a statue of Ancient Greek god Apollo.

The municipality of Sozopol has decided to re-build a 13-meter statue of Apollo that existed in ancient times at the entrance of the port of Sozopol.

The Sliven Bishopric, however, which has Sozopol as part of its diocese, has protested vigorously declaring the initiative to be aimed at restoring a cult for a heathen god.

The Sliven Bishop Yoanikiy believes that the Apollo statue will be anti-Christian project that will "incur irreparable spiritual and moral damage to Sozopol and its citizens." Yoanikiy calls upon the local Christians to rise up against the project.

In a media statement, the Sliven Bishopric says that Sozopol has been a Christian center for 2000 years, and that its population has nothing to do with Ancient Greek "heathen" polis known as Apollonia Pontica.

"It is unacceptable for Orthodox Bulgaria, which adopted Christianity more than 1140 years ago, to restore the cult for heathen idols. The statement of Mayor Reyzi that with the Apollo statue Sozopol will look like Rio de Janeiro or Barcelona is unfounded because these cities feature statues of Jesus Christ, not of some heathenish god," Bishop Yoanikiy says.

In the summer of 2010, Sozopol made world headlines with the discovery of relics of St. John the Baptist there.