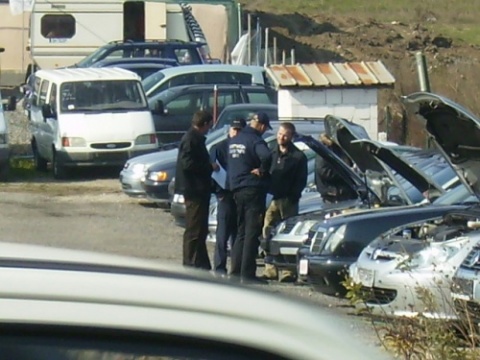 The police in Assenovgrad raided 4 addresses in the Roma district in an operation codenamed "Loan Sharks." File photo

Seven people have been arrested during the sequel of the police operation “Loan Sharks” in two Bulgarian villages, the Interior Ministry announced Tuesday.

The police operation in the Bulgarian villages of Hristo Danovo and Rozino has been carried out after a six-month surveillance of people, engaged in illegal loan sharking.

Five houses were searched on Tuesday. The police seized over 140 debit cards, files with 50 ID documents, 13 cell phones, 9 notebooks with names of debtors and schemes to secure a loan, 15 payment orders, a large amount of money and items pledged against debt.

So far 10 witnesses have been question in front of a judge and it was established that one of the arrested had a criminal record.