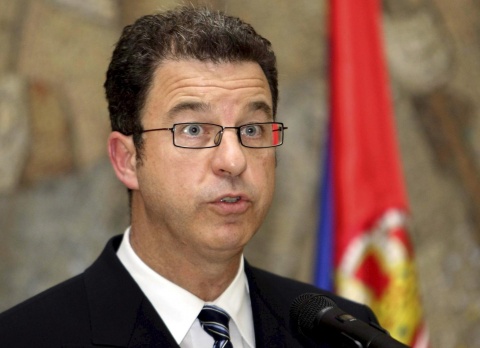 Serbia has filed a claim against UN interim administration in Kosovo (UNMIK) at the International Tribunal for ex-Yugoslavia for hiding information about alleged organ harvesting and trafficking.

According to information published by Serbian daily Blic, minister Rasim Ljaji? has sent a letter to prosecutor Serge Brammertz asking for an investigation of UNMIK 2004-2006 director S?ren Jessen-Petersen.

"We expect the Criminal Tribunal to start investigations against the UNMIK leadership in that period," said Ljaji? to Blic.

Last week the Council of Europe adopted a report, drafted by Swiss deputy Dick Marty, and passed by a large 2/3 majority, which argues that PM Hashim Thaci and other Kosovar leaders organized the traffic not only ofweapons and narcotic, but also of human organs, sometimes harevested from involuntary donors.

The human rights committee of the Council of Europe adopted a resolution requesting investigation of the matters. Council of Europe Secretary-General Thorbj?rn Jagland has called the information in the report "very serious and concerning" and has requested that the allegations not be left unanswered.

A plenary Council of Europe resolution is expected in January. Hashim Thaci has already filed a claim of defamation against Dick Marty.

In a recent interview for Serbian paper Novosti, Marty said he suspected various authorities were aware of organ harvesting going on in Kosovo.