Patriarch Maxim Issues Christmas Blessing for Bulgarians across the Globe 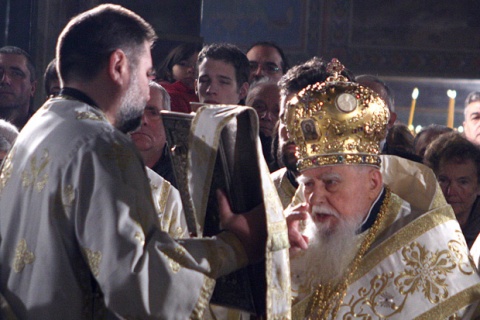 97-year-old Patriarch Maxim, the head of the Bulgarian Orthodox Church, has served the traditional Christmas Day service at the St. Alexander Nevski Cathedral in Sofia.

The Patriarch completed the Christmas service with a prayer for good health and long lives and with a blessing to all Bulgarian Orthodox Christians around the world.

"Today is a day of immense joy for all Bulgarian Orthodox Christians in Bulgaria and around the world," Patriarch Maxim told the people in the crowd St. Alexander Nevski Cathedral in the Bulgarian capital.

"The birth of Christ signifies the entering into the time of eternity, of the immortal into the perishable human nature, of life in the kingdom of death. It brings renewal and salvation for the entire human being and for each one of us personally," he stated.