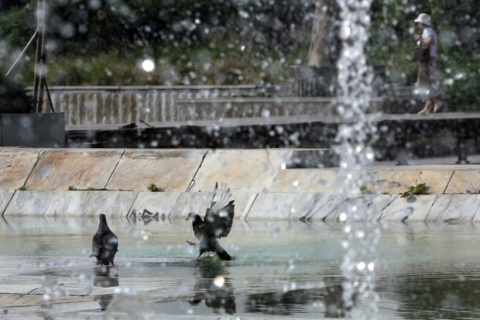 Instead of the traditional snowy Christmas, several Bulgarian cities had temperature records on December 25, 2010, Christmas Day.

The highest air temperature in Bulgaria on Saturday was recorded in the northern city of Veliko Tarnovo – 20.1 degrees Celsius.

The previous record on Christmas Day in Veliko Tarnovo was recorded in 1956, long before the more recent effects of the global warming started to kick in, and it was only 16.6 degrees Celsius.

In another northern Bulgarian city, Pleven, the thermometers hit the record 18.8 degrees Celsius; Silistra on the Danube saw 17.7 degrees, and Varna on the Black Sea – 16 degrees. The previous records on the same date in all three cities were in 1967 but they were about 1 degree lower than on Christmas Day 2010.

Weather forecasts predict that as of Monday, all of Bulgaria will experience much lower temperatures with the still typical winter weather setting in by the end of next week.