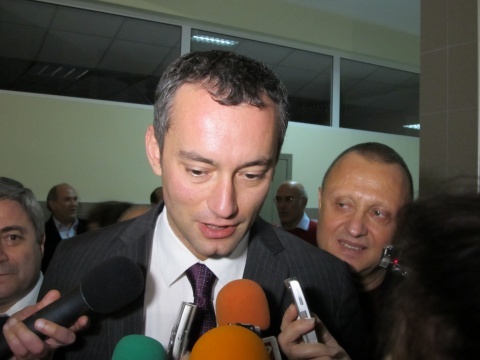 The recent revelations almost half of the acting Bulgarian heads of diplomatic missions worked for the communist secret service (DS) is a great reform opportunity, according to Foreign Minister Nikolya Mladenov.

After in the recent weeks, Bulgaria's so called Files' Commission, an independent body, exposed the diplomats from the past 20 years who had worked for the State Security (DS), the secret police and intelligence of the Bulgarian communist regime, Mladenov and Prime Minister Borisov have moved to recall those who are on active duty arguing the host nations could not trust them as Bulgarian envoys.

The new situation could become a chance for the Foreign Ministry for real modernization, Mladenov told BTA in an interview.

He has pointed out that the task is especially complex and daunting since the Foreign Ministry had to preserve the trust and credibility of Bulgarian diplomats by demonstrating that not all of them have been connected with the former DS, and that it simultaneously had to provide a way for growth for young specialists. In his words, there are employees of the Bulgarian Foreign Ministry with several degrees and speaking several languages, who had not been a chance for growth despite having spent there up to 15 years.

"Unfortunately, the entire case has already affected Bulgaria's foreign policy image. People across Europe are asking what kind of nation Bulgaria is – if it really is the trustworthy partner that we claim it to be, or if it is a state with murky attachments from the past. And it is not just about the image but also about the limitations set by the ensuing lack of trust," Mladenov explained.

"We need to be clear about the fact that with such a high share of former DS agents in the Foreign Ministry, everybody around the world has understood that no reform has actually been carried out in the Bulgarian diplomatic corps," he added.

As the initiative to recall the discredited ambassadors of the center-right Bulgarian government of the GERB party needs the signature of President Georgi Parvanov, a former leader of the opposition Socialists with whom PM Borisov has often been at odds, Mladenov said much will depend of Parvanov's next move.

Parvanov, who in 2006 was revealed to have been a former DS agent itself under the nickname "Gotse", has been vastly critical of the Borisov Cabinet for wanting to recall the ambassadors in question. He slammed Borisov for double standards because one of the Cabinet members – Diaspora Minister Bozhidar Dimitrov – was also a DS collaborator. This led Dimitrov to resign earlier this week.

"It is up to him what road he will take. I cannot imagine that a decision favoring the State Security (DS) agents can enjoy public support!" Mladenov told BTA.

He said his wish for the new year was for the Foreign Ministry to become the first Bulgarian institution which has gotten rid of the issue about the connections to the former DS.

As the DS scandal unraveled, Mladenov has stated that President Parvanov provides political cover for the ex agents on diplomatic duty.