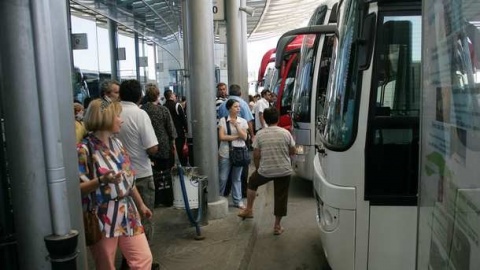 The central bus station in Sofia saw major crowds during the morning, before the arrival of Christmas Eve. Photo by BGNES

The situation at the Sofia airport is getting close to normal, but some international flights are still canceled – the flight to Bucharest, the four scheduled flights to Paris, to Ekaterininburg in Russia and to Tel-Aviv did not take off. Flights to Germany, except the one to Dusseldorf, are on time. Flights from Madrid, Zurich, Rome, Amsterdam, London and Moscow are late.

The airport in the second largest city of Plovdiv, which was closed all day Thursday, overnight and Friday morning over dense fog, reopened at 3 pm Friday.

The central bus station in Sofia saw major crowds during the morning, but they have receded in the afternoon. Buses are on schedule and on time with many companies providing additional coaches to all major Bulgarian cities.