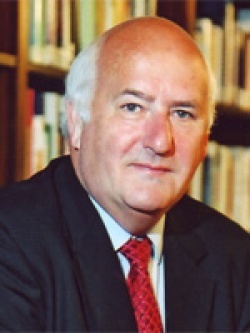 Prof Dr Dr h c Werner Weidenfeld is professor of political science at Munich University, Germany. He is a Director of the Center for Applied Policy Research in Munich. Member of a number of prestigious organizations, including the International Research Council of the "Center for Strategic and International Studies" Washington, the Board of the Bertelsmann Foundation, G?tersloh, Associated Member of the "Club of Rome".

Milena Hristova spoke with Prof Weidenfeld about Bulgaria's Schengen bid as Novinite.com launched the new section "Bulgaria in 2011", highlighting the most important issues that the country will face next year.

Chancellor Angela Merkel Merkel was non-committal on Bulgaria's Schengen bid during her visit to Sofia in October, but at the end of the year Germany and France flatly blocked the extension of the European Union's border-free area. How do you interpret this stance?

The question of being a part of the visa-free zone is not a question of benevolence or antipathy, of emotion and atmosphere. It's a matter of taking reasonable care to check the complex issues.

Do you think Germany's assessment is influenced by the recent expulsions of Bulgarian and Romanian Roma from France?

The adverse attitude of Germany towards Bulgaria is not affected by the attitude of France towards the Roma minority. In Germany France has been criticized very strongly on this issue.

Could a failure of either Bulgaria or Romania to join the visa-free zone jeopardise Schengen entry for the other?

Each single country is to be assessed very accurately. There isn't any influence of one country onto the other.

What do you think stands behind the reluctance of France, The Netherlands, Germany and Austria to let the two Balkan countries join the Agreement in 2011? Is it all about domestic politics and the voters in their own countries or they really believe the entry into Schengen will be premature, just as the EU entry?

The reluctance has no further political horizons –  it is only details of the security-relevant facts that matter. Bulgaria should not lose its bearings by speculating what every statement was supposed to mean, but should just do its homework.

Could we see a repeat of the scenario in 2005-2006, when many countries threatened to hamper Bulgaria's EU accession but eventually swallowed the pill?

No, such a scenario does not correspond to the reality.

Bulgaria's Prime Minister Boyko Borisov recently said in an interview that the country's bid to join the European visa-free Schengen zone in 2011 may fail because many countries are envious of its progress. How would you comment on that?

This is a benevolent exaggeration triggered by Bulgarians' emotions. There is no correspondence with the European realities.

Can Bulgaria succeed in its efforts to separate Schengen accession from the European Commission's continued monitoring of its justice reform and anti-corruption efforts?

The whole context has to be considered as one unity.

How serious are fears that the flow of illegal immigrants will be diverted to Bulgaria?

Such fears respond to a real background.

Both are likewise important for the development of Bulgaria and Europe.

Do you personally think Bulgaria deserves next year's entry into the Schengen zone?

Bulgaria will be worthy of joining the visa-free zone just when it manages to conform to all requirements – not a single day earlier or later!