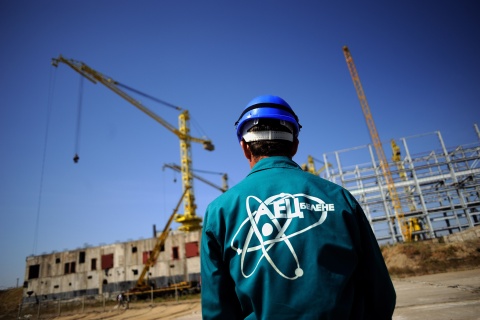 German utility RWE abandoned plans to participate in the construction of a 2000MW nuclear plant in the Bulgarian Danube town of Belene after realizing that working with Russian and Bulgarian companies in the energy sector is a 'poisonous combination' for European investment", fresh diplomatic cables on WikiLeaks reveal.

The cables, published by the Guardian newspaper late on Monday claim the deal "reeked of side deals" even before RWE bought the 49% stake.

The cables claim that despite its due diligence, RWE's confidence had turned to "buyer's remorse" within weeks. In the cable, the US ambassador cited local contacts as saying there was a rush to start construction so that the project would keep RWE on board. RWE had reportedly said that it would not provide funding until it sees the "first concrete poured", signalling the start of construction. Belene project experts privately expressed "serious concerns" that if safety practices continued to be ignored "it could pose a huge risk". RWE's partner, the state-owned Bulgarian electricity company, NEK, which held 51% of the project, declined to comment on any of the allegations.

RWE was said to be "in the dark" on most on-site and technical issues. This was despite a previous cable claiming that the company in February had demanded to review all Belene-related agreements.

The same February 2009 cable reported "RWE worries about the project's lack of transparency and the need to work with Atomstroyexport [the Russian lead contractor]. RWE wants to enforce European business practices". RWE was reported around that time to be in talks with a number of European energy groups, including Belgium's Electrabel, to offload half its stake but did not find any buyers. "RWE realises that working with Russian and Bulgarian companies in the energy sector is a 'poisonous combination' for European investment" the cable added.

The cable also reports: "When Bulgarians talk about the Belene nuclear power plant, they increasingly do so in hushed tones. Issues of delays, financing woes, non-transparent horse-trading and side deals, Russian influence ... and the interests of well-connected politicians and energy oligarchs inevitably come up."

German utility RWE abandoned plans to participate in the construction of a 2000MW nuclear plant in the Bulgarian Danube town of Belene in October last year, citing funding problems.

The previous Socialist-led government chose in 2008 German power utility RWE to become a strategic partner in the Belene project with a stake of 49%.

State power utility NEK has a majority stake in the plant and has contracted Russia's Atomstroyexport to build the two 1 000 megawatt reactors.

RWE said: "RWE adheres to very strict safety standards and criteria. For each project RWE is involved in, safety has the highest priority. The reason for RWE to withdraw from the Belene project was that – because of the international economic and financial crisis – financing of the project could not be clarified in due time. RWE has advised our Bulgarian partners to the difficulties of financing already at an early stage."

RWE's statement continued: "RWE's participation in projects guarantees a high degree of ethical business behaviour and openness to concerns of all stakeholders. We ensure that each project is in line with European standards with regard to transparency and information to the public. It is therefore common practice within all our projects that RWE's or a similar code of conduct will be applied. The same has been true for the Belene project for which a code of compliance was developed and should have been implemented; we would have thereby introduced dedicated instruments against corruption.

"The potential joint construction and operation of the new power plant would not have gone ahead until all relevant safety-related, legal, economic and organisational aspects had been settled during this phase."