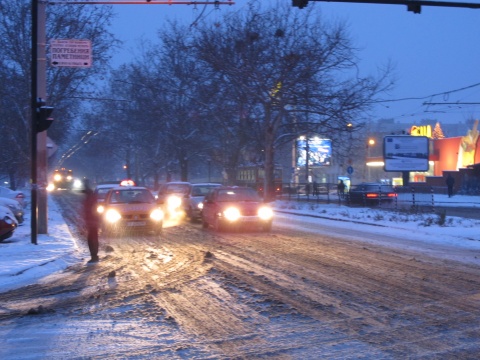 Four districts in Eastern Bulgaria have declared a "Code Orange" situation amidst heavy snowfall and strong winds continuing for a second day in a row.

The districts of Varna, Dobrich, and Silistra in the Northeast, and Burgas in the Southeast have issued warnings to the population using Code Orange, which signifies "dangerous weather" and is second in degree of alert, behind Code Red ("extremely dangerous").

Major roads have been closed and a number of villages and towns in the Eastern part of the country saw their electricity and water supply cut off at various times of the day.

The snow cover in the northeastern Dobrich District has already reached 1 meter.

The Black Sea municipalities of Balchik, Kavarna, and Shabla are in the most dire situation.

The authorities have urged all drivers to be extremely careful.