Italian Pimp to Be Deported from Bulgaria to France 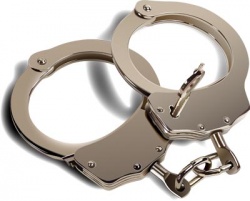 The Italian citizen Romeo Liberati, who has been accused for pimping and human trafficking, has agreed before the court in the Bulgarian town of Dobrich to be handed over to the French judicial authorities.

Liberati was apprehended bu the Bulgarian police in Dobrich on November 08 2010. He has been living in Bulgaria since 2005.

The Italian, who faces a 4-year sentence, has been searched based on the European arrest warrant, issued in June 2005 by the Court of Appeals in French city of Colmar.

The crimes have been committed in the period 2000-2001, when Liberati persuaded several women to prostitution upon their arrival in France.

The crimes have been committed by an international network with branches in Bulgaria and Turkey and included provision of premises and prostitutes, and transporting the money from these activities to other countries.