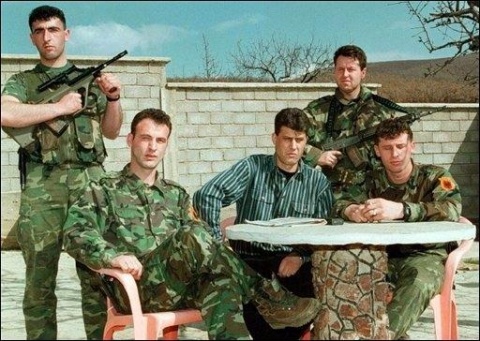 The human rights committee of the Council of Europe adopted Thursday a resolution requesting investigation of the traffic of drugs, weapons and human organs carried out by organizations in Kosovo under the heading of Hashim Thaci.

Council of Europe Secretary-General Thorbj?rn Jagland has called the information in the report "very serious and concerning" and has requested that the allegations not be left unanswered.

Thaci, a former Kosovar PM, who just won snap elections over the weekend, was a combat leader of the controversial KLA that fought with Serbian authorities for independence with heavy backing from Western countries, especially the USA.

Now the Council of Europe report, drafted by Swiss deputy Dick Marty, and passed by a large 2/3 majority, argues that Thaci and other Kosovar leaders organized the traffic not only of weapons and narcotic, but also of human organs, sometimes harevested from involuntary donors.

“Numerous indications seem to confirm that, during the period immediately after the end of the armed conflict, organs were removed from some prisoners at a clinic in Albanian territory, near Fush?-Kruje, to be taken abroad for transplantation," reads the report.

There has been substantial evidence that Serbians - and some Albanian Kosovars - had been secretly imprisoned by the KLA in northern Albania "and were subjected to inhuman and degrading treatment, before ultimately disappearing," the report says.

In Kosovo, the government of Thaci dismissed the report as fabrications designed to smear its leaders.

For the full text of the Marty report, read HERE.